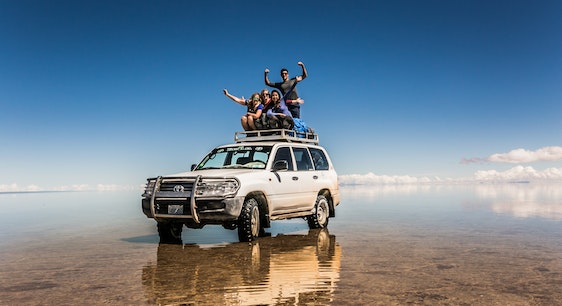 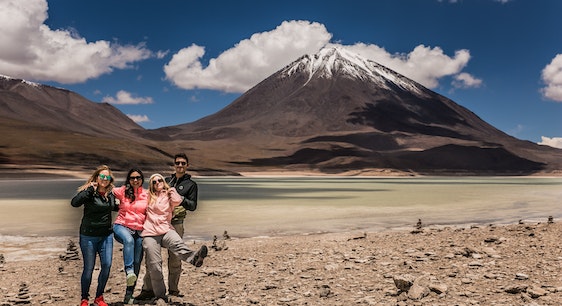 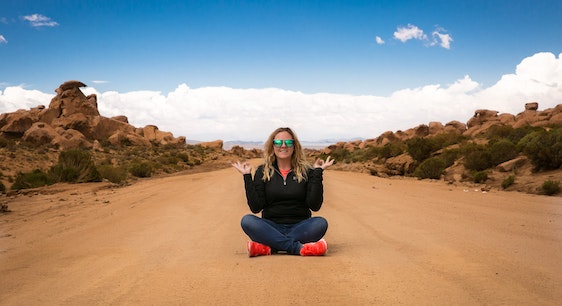 *Even though the 4x4 vehicle has space for six passengers plus the guide, the last seat of the vehicle is more cramped that the other seats. Therefore, if you would like for all travelers to be able to sit comfortably, we suggest doing the tour in two groups of three each (two separate bookings).

Day 1: We will pick you up at your hotel to begin the tour outside Uyuni. We will visit the train cemetery, where we will be able to stop and take some pictures, so then we go to Colchani. After seeing the craftwork made of salt, we will enter to the Uyuni Salt Flat. We will pass by the Dakar Monument and the Salt Museum. After that, we will go to the Incahuasi Island, limestone formation in the middle of the salt flat. We will go over the marked track, surrounded of giant cactus, to access to the top of the island, from where we will have a panoramic view of the salt flat. After that, we will view the sunset in the salt flat, before going to our hotel to have dinner and get rest.

Day 2: We will leave our hotel early in the morning to takethe route by the town of San Cristóbal. After that, we will visit the Rocks Valley and the Negra Lagoon, so then we begin the visits to the Bolivian altiplanic lagoons. We will pass by Cañapa, Hedionda and Chiarkota lagoons, making stops in every one of them to take pictures and be able to rest a little bit of the journey in the vehicle. In addition, we will pass by the Honda Lagoon, before continue the road to our next accommodation.

Day 3: This last fay of tour, we will visit the Stone Tree and the Colorada Lagoon, one of the most important tourist attractions in the Bolivian High Plato, after the Uyuni Salt Flat. Following this stop, we will know the Sol de Mañana Geysers, the Polques Hot Springs and we will make the last stops in the Blanca and Verde lagoons, near the Licancabur Volcano. After this, we will get to the border, so then we begin the direct return to the city of Uyuni, as well as the Uyuni Salt Flat and Colored Lagoons standard service.

During the months from January to April, it takes place the weather phenomenon known as Altiplano winter, rain season in the central Andes. Due to this, is is possible that the described itinerary is modified as follows:

These are reference itineraries. The route to get to the salt flat, the places visited, the indicated order and the end time will always be subject to changes according to weather conditions, road conditions, demonstrations and accommodations availability. The confirmation of the itinerary is obtained in the briefing that the local supplier gives a day before the beginning of the activity, which does not mean that it will not be modified due to the happening of some of the situations already mentioned once the tour has already begun.