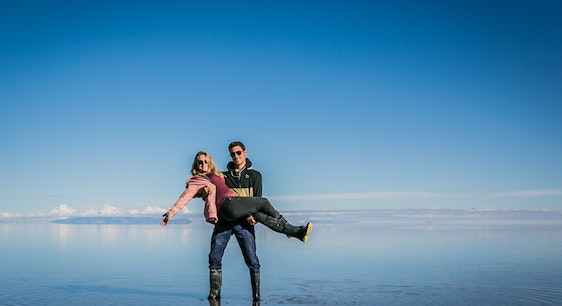 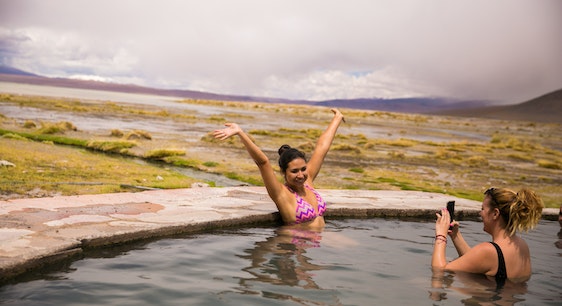 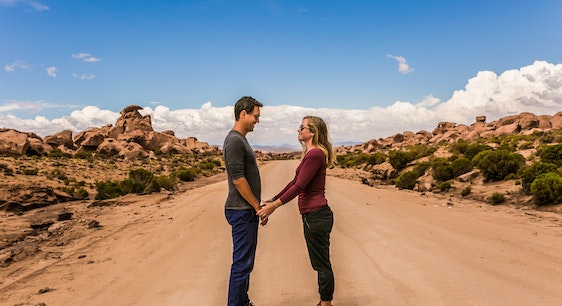 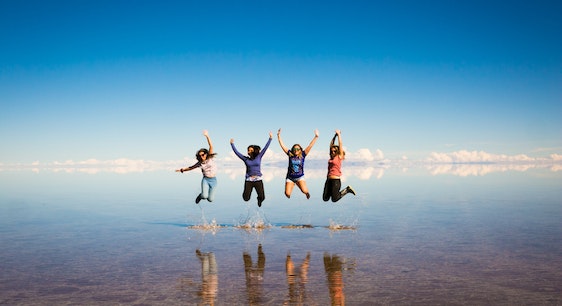 *If you have doubts about the proceedings to the enter to the country due to the pandemic, you can check the requirements in this website.

Day 1: Will gatther at Uyuni's downtown to take our 4x4 vehicle for 6 people, in which we will make all the tour during the three days. We will leave towards the Uyuni Salt Flat, passing before by the train cemetery and the town of Colchani, where we will be able to buy craftwork. After that, once we are on the salt flat, we will visit the Salt Museum, and we will travel to the Incahuasi Island, a limestone formation in the center of the salt flat. Here we will be able to walk by a track, see the giant cactus and have a privileged view of the salt flat from the top of the hill. We will end the day seeing the sunset inside the salt flat, so then we can go to the hostel in Colcha K, where we will have dinner and rest for the next day.

Day 2: During the morning, we will leave Colcha K and keep going by the road that goes through the Chiguana Salt Flat. We will visit the Cañapa, Hedionda, Honda and Chiarkota lagoons, before enter to the Siloli Desert. We will end the day in the Colorada Lagoon, nesting center of more than 30,000 flamingos. We will spend the night in the Refugio Huayllajara.

Day 3: We will leave early in the morning to see the sunrise in the Sol de Mañana Geysers, intermittent sources of water that rise at a 90°C temperature, and where we will have the chance of taking pictures using the contrasts of the first lights and the steam. In addition, we will visit the Polques Hot Springs (time to bathe, according to the times of the tour), the Salvador Dalí Desert, and the Verde Lagoon and Blanca Lagoon, located in the foothills of the Licancabur Volcano. Later, we will get to the border to make the corresponding procedures, after what we will continue to San Pedro de Atacama, place where we will end the tour.

During the months from January to April, it takes places the weather phenomenon known as the Altiplanic winter, rain season in the central Andes. Due to this, is is possible that the described itinerary is modified as follows:

This is a reference itinerary. The route to get to the salt flat, the places visited, the indicated order and the end time will always be subject to changes according to weather conditions, demonstration and accommodation availability. The confirmation of the itinerary is obtained in the briefing that the local supplier gives a day before the beginning of the activity, which does not mean that it can be modified due to the happening of some of the situations already mentioned once the tour has already begun.